On the lovely afternoon of 14 Dec 2007, about 12 homeschooling kids joined our kids’ floorball school. With additional kids who were first timers to floorball, the school was run a little different from usual. The kids were taught first of all how to hold the sticks properly with simple ball control as well as passes. The kids seemed to enjoy moving the balls around and bumping into one another while learning to control the balls. With some knowledge of that, we did a little bit more difficult and fun stuff where all kids would enjoy. Actually, even adults enjoy this: TAKING SHOTS AND MORE SHOTS INTO GOAL!

Later on, the kids were divided into two groups, boys and girls respectively for a mini dribbling pass the cones competition. The boys won the first round. However, the girls bucked up the second time round. In the same group, they played 6 vs 6 with a mini goalpost. For beginners they were considered pretty good as they learned to pass the ball a bit more than those seasoned adult players =) As usual girls are a little bit more passive compared to the guys. Nathalynn (8) from Contact Floorball School faired very well during playtime. She took a very nice shot from the side and helped the girls scored a goal. A glorious goal indeed! But then….the boys ended the game with a score of 3-1.

“It was a great afternoon with a great game”, expressed by one of the homeschool kids. WE certainly hope to have them more often in our school and have more people playing, sleeping and breathing floorball. ;p 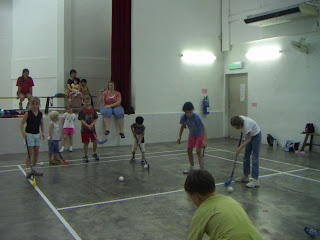 Kids having their first go at learning to control the ball. 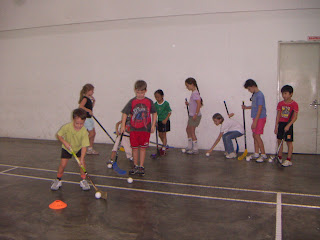 Taking turns to dribble the cones. 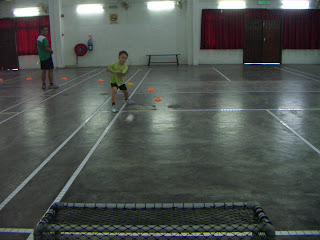 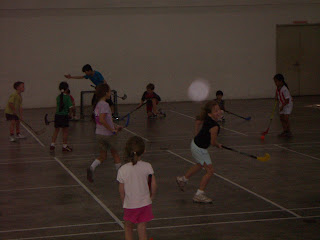 Everyone scrambling for the ball. Its Game time! 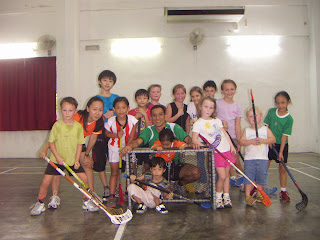 Excited kids after the game.
Posted by contactsports