This year the Asia Pacific Floorball Championships (APAC) proved to be much more exciting than the previous year as there were more teams participating. With Japan back in the picture and dark horses Korea, the level of intensity in the games were much higher and more exciting. Of course, not to mention the presence of the Singapore team which always has a lot to show.

The Malaysian team is a very young team with only 6 or 7 players with international experience. However, we in Penang are proud to mention that more than half of the squad are made up of players that are registered to Penang clubs. Team Contact was represented by 4 players, possibly the highest number from any club in Malaysia.

Players aside, the Malaysian team started off with a rather slow start losing 8:2 to Singapore B on the first day of competition. Although the scoreline was something that was not favourable, yet we have to admit that we were not really a team then. We had not come together to train and it was a struggle to get into pace in our first outing.
The next day was a lot better considering the fact that we were facing Japan B. The Japanese teams were known for their speed, and it was true that we had a lot of "catching" up in the game. However, the Malaysian team showed the spirit and played well only losing to Japan B with a score of 6:3.
The next day was the best for the Malaysian team. We played well, fought hard and had a very sweet victory of beating Australia A with a score of 7:5. This was something that not many people expected and was probably the best thing that has happened to Malaysian floorball since its conception. Everyone in the team including the supporters were filled with joy after the win. A win that will carry us a long way.

With that big win did not manage to push us up the table much as we had inferior goal difference and thus had to battle out at the bottom of the table for the 7th/8th placing with Australia B which we lost 6:3

Overall, we must say that this outing was a challenge for us to put aside our personal agenda and put the team first. Representing Malaysia is an honour and that honour will carry us to bring floorball to a greater height in the the Malaysian scene. We are sure that this team will be the ones who will thrust Malaysian floorball to a whole new level. Malaysia Boleh!!! 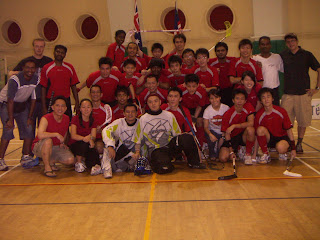 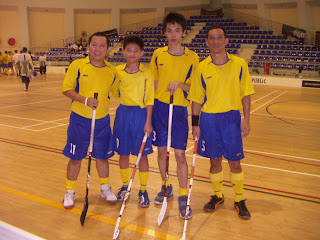 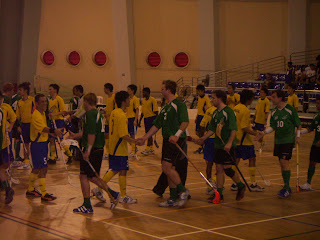 Friendly handshake after the game 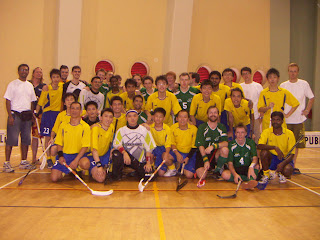 Malaysia and Australia B after our final game for 7th/8th placing. 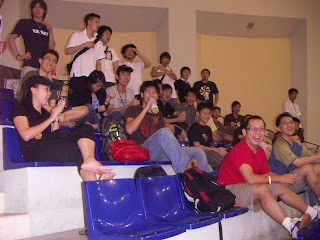 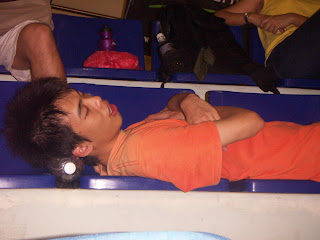 Break time ... from the stress of competition

James, i want the photos... everything except those of you r family. haha. see you in the evening. pass you my pen drive?