The Dalat Floorball League was from October 1-23, and Team Contact made its debut appearance on 1/10/05 with a match against Blazing Eagles. The team did fairly well battling against an experienced team despite having trained only once on the week week prior to the match. All the players were in high spirit and everyone rose up to the occasion and played their utmost best. A humble beginning for the team, we lost 1-3, but definitely a great team in the making….. 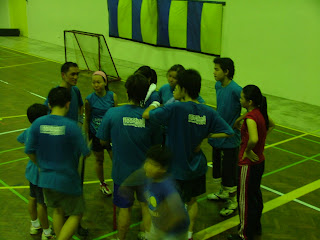 The second match on 8/10/05 was against the Frontliners. Team effort arose within each member as we strived to not just defend but attack in every way possible. That spirit contributed to the success of our team as we won the game with the score of 2-1.
We played against Dalat 2 on 15/10/05. We did not do as well for the first period but that did not stop us from playing a better game for the second and final period. Favor was on us when Edward scored a penalty shot to give us a 3-2 lead. We won the match 5-2.
Our fourth match was against Penang Islanderz on 22/10/05. The team did not rest on the laurels even after winning two previous matches consecutively. The team played a good game against one of the strongest team in the whole Penang . Although we lost 2-6, the cheering of our supporters made us feel like champions for that night.
The final match against Dalat 1 on 23/10/05 was the match that will determine our placing in the tournament. With our intense desire to win this match and our eyes targeted on the bronze medals, every player put up a good fight. Even the goalkeeper had many good saves. It was an excellent team game with different players scoring goals. Bryan scored 2 goals with James (his dad) giving us the opening goal. We won the match 5-3. It was indeed a sweet victory for the team and the best game for us in the whole mini league! 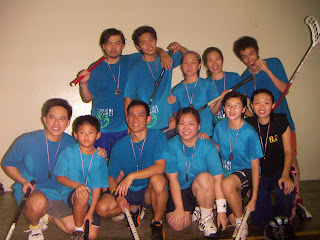