A half day competition called the "Junior 3-on-3 World of Floorball Challenge" was organised and held in Dalat International School today. There were altogether 8 junior teams; of which 5 were from Dalat (Jets, Justice League, Fire, Eaglets & Tripod), 2 from the Innebandy! Co. club (Innebandy I & II) and 1 representing Team Contact (Contact Juniorz with Bryan Looi, Nicholas Yeoh and Calvin Tan). 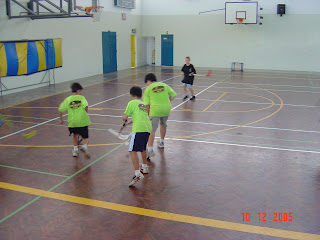 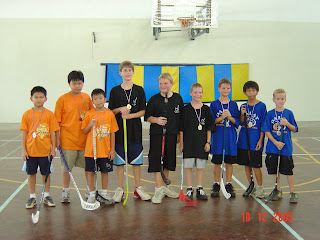