Meet the Hoppers, Jumpers and Sugar!
These names caught much attention especially during the Team Managers meeting held a few days before the tournament. Many wondered about the relation between these names and Contact. Well, please meet more ant species - Contact Hoppers, Contact Jumpers and Contact Sugar making its’ way to unleash their power and to make its’ bite and sting count on court!
In the recent Z’Liners-PFA Floorball Tournament , Contact Hoppers and Jumpers played in the Juniors U-14 while Contact Sugar played in the Ladies category. 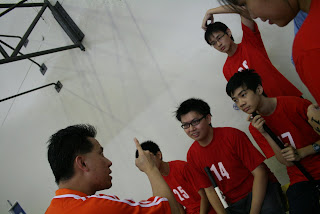 The day started off with Contact Hoppers and Jumpers sweating it out on court against other teams from Frontliners, Ztec, FGA and Dalat. There were a total of 8 teams in the junior category. The teams were divided into two groups and played the preliminary matches round robin. Contact Hoppers comprised of Kai Sheng (Team Captain), Don, Alex and Eythan whilst Contact Jumpers comprised Ben Lim (Team Captain), Joseph, Joshua Wong and Isaac Ng.
Contact Hoppers played well to emerge 1st Runner Up in the whole tournament. They definitely could have done better if they were to run a whole lot more! Contact Jumpers did fairly well although they only managed to finish 4th in the placing match. A little speed, a little determination would definitely earn them one or two spot above their current placing.

All Star Players in Junior U14 went to Eythan (Contact Hoppers) and two Dalat players (sorry, forgot their names). 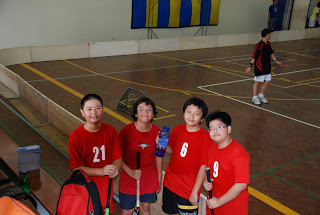 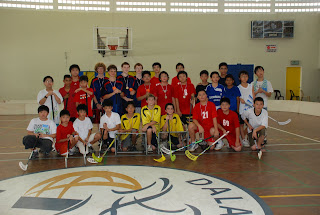 After the Junior games, the Ladies made their appearance on court. The court size and goal was bigger than the ones that the juniors played in. The atmosphere was ‘bigger’ as well! Screaming, cheering and laughter were heard all over the hall from the moment it started till it ended. No wonder people say ‘GIRL POWER!’ Put all the girls together, and the world will be impacted! Go Girls!!!!!!!!!!

There were also 8 teams in the Ladies category, and were divided into 2 groups as well. All preliminary matches were played in round robin system. Each match was 8 minutes. Contact Sugar was drawn into Group B, and played against Frontliners Fury, MGS Violets and Innebabes. (Group A comprised USM UniHawks, Frontliners Inferno, MGS Edna Modes and FGA E&P) 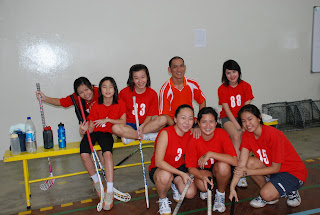 Sugar! Sweet Ants...(except the one guy in the middle)

Contact Sugar’s first match was against Frontliners Fury. As usual, Team Contact was a slow starter. Thus the first match became a warm up match for the Sugar! Not too good a game as it ended with a draw of 1-1. The second match was against MGS Violets. The Sugar knew they had to take advantage of the inexperience players from MGS Violets in order to gain another step towards getting into the semis. The match ended with a win in favor of Sugar, 2-0. The final preliminary match was against Innebabes. A win will push Sugar to the top of the table whilst a lost will disqualify Sugar indefinitely. But it was a draw and it took Sugar to the 2nd placing in Group B, which would ended up meeting USM UniHawks who won all the preliminary matches and top the table of Group A. It did not look very promising for Sugar to beat UniHawks and qualify for finals as the latter had won all the preliminary matches. It was definitely a tough match for Sugar. Nevertheless, Sugar fought its way strategically through and gave a full pressure to the game. With all their heart and might, and also a little defensive error from the UniHawks , Sugar won with a narrow score of 1-0. With that, Sugar met Innebabes again in the final match. Although both were rooting for the gold, favor was definitely on Sugar’s side as they managed to seal the victory and bring home the gold! Victory is definitely sweet as this was the first time ever that the girls in Team Contact did such a great job, with great results!
Two thumbs up for Contact Hoppers, Jumpers and Sugar for putting all their energy in finishing a good game! 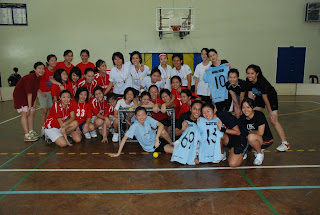 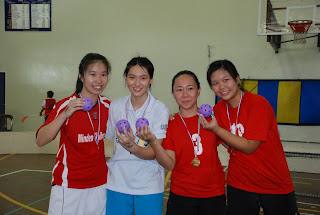 Now…Meet the Army, Driver and Safari!
Yes, 3 more ant species invaded the court a week after the U-14 and Ladies Floorball Tournament. Army, Driver and Safari were ants united to play in the Open category.
There were a total of 15 teams in the Open category, thus the teams were divided into 3 groups. The catch of this category is that only one national capped player is allowed to play on court at any one time. The rule obviously did not favor Contact much since the Club comprises quite a number of national capped players. With that we had to even out the strength of the teams. Anyway, we had only one goal in mind: TO HAVE FUN!! ("My personal believe is that when one is having fun in what he/she is doing, excellence will take its course!" - Penny)

Safari comprised of Fox (first time goalie but excellent spirit!), Kim Beng (Captain a.k.a first time playing in tournament), Joseph, Ian, Isaac Ang, Ben Lim and Sheryn. It was encouraging to watch them play as they put in every bit of their energy to play a good game. Fox, being a first time goalie did very well in defending the goal. Very spirited indeed! Verdict: Did not qualify for the 2nd round, and did not end last! Good team to work on!!

Drivers comprised Edward, Penny, Wai Kit, Ben Ong, Sunn, Calvin Lawrence (Goalie), were drawn into the so-called ‘group of death’. Most of the teams in the group were supposedly to be the stronger teams, such as Ztec 8cers, Dalat, Minden UnderDawgs and Z4(Ztec also). Verdict: We did not fair very well, lost 2 games, drew 1 game and won 1 game. That certainly did not qualify us for the 2nd round.

Army comprised Kenny, James, Bryan, Nicholas, David, Kai Sheng and Joshua Lim (Goalie) was the only Contact team that shone throughout the tournament. They fought their way through all the games, went into 2nd round, met their toughest opponent , ended in penalty shoot-outs and verdict: EMERGED CHAMPION for the Z’Liners-PFA Floorball Tournament! Bryan and Nicholas had the super-combo passes and shots; ... and David was the super-defender of the day! It was a glorious win and a time for celebration!!!! 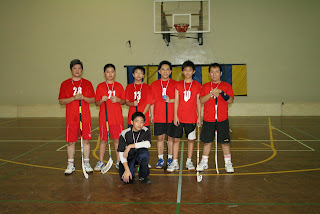 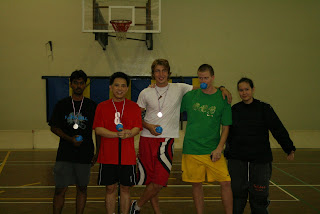 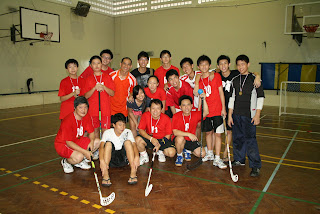 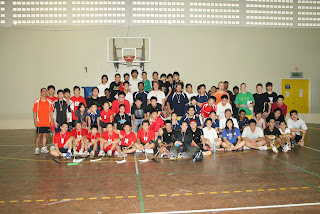 All together in the floorball family!