Contact Sports kicked-off year 2008 with a 3v3 Floorball Challenge, which garnered 16 men’s teams and 7 ladies’ teams. A very remarkable record since floorball made its beginning in year 2003. It is definitely obvious that Penang is making a wave with regards to the growth of floorball.

By 8.15am, there were already players flocking the hall. Some were seen practicing their passes and taking shots at the small goalposts. By 8.45am, the whole hall was pretty much crowded with people and not forgetting the ‘let’s play to win’ spirit. For the first time in the history of floorball (as far as I know), the organizer decided to play a double knock-out instead of the usual league format. This system proved to be more interesting and exciting than the usual. (And of course, if a team keeps winning, then they’ll have their money's worth in joining this tournament.)

With the first whistle being blown, there was basically no sign of silence. Every minute and every second was filled with cheers, shouts and cries of players and supporters. The courts were definitely filled with excitement….and lots of EXCITEMENT!

We saw a few new faces on court, which played relatively well as beginners. However, our hats off Salibandy!Co who came all the way from Selangor just for this tournament! And to make their trip a worthwhile one, they played all the way to be the Champs! Great job! They have improved very much since their last tournament.

Not forgetting our very own boys from Contact who named themselves as ‘Team Alive’ consist of Calvin Tan, Ben Ong, Ben Lim and Eythan Yeoh. They played truly well in this tournament, although they did not make it till the end. THIS team was the ONLY team who won against Salibandy!Co drawing 2-2 and then beating them 2-1 in penalties! AWESOME!

Anyway here are some pictures for your appetites….enjoy! 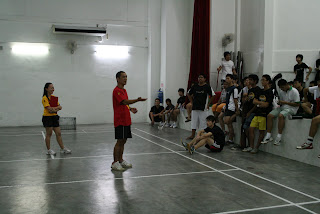 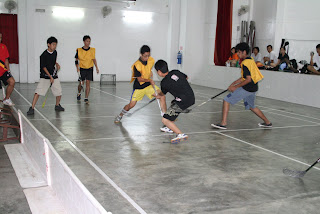 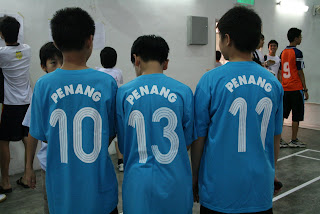 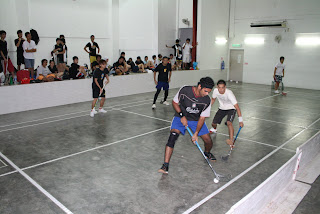 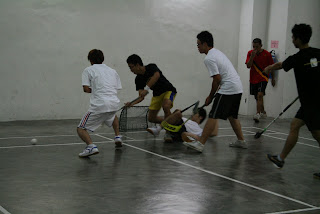 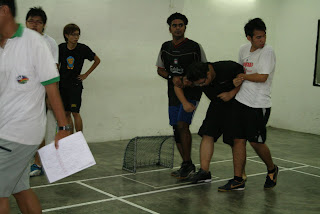 Casualty of a sprained ankle. 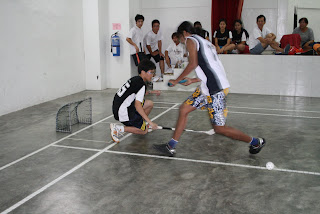 Block and clearence from Team Innebandy. 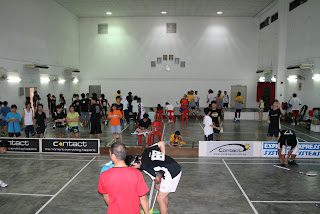 Scenario in the hall, while games are being played. 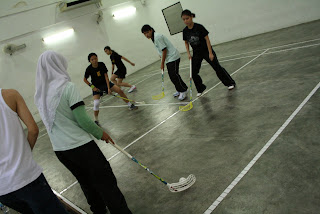 Team Kaki Bola (in green) vs Blast (both teams from USM). 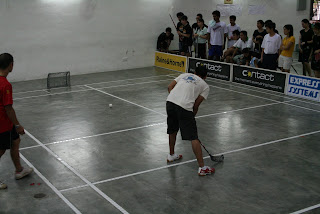 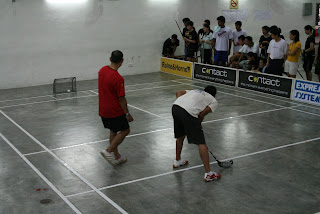 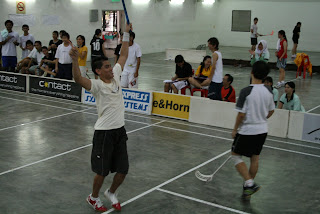 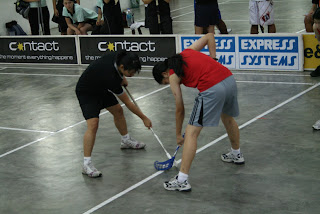 Face-off in the Ladies Finals! 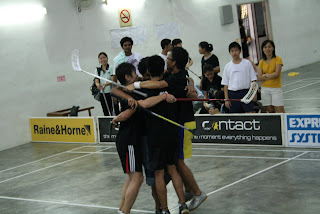 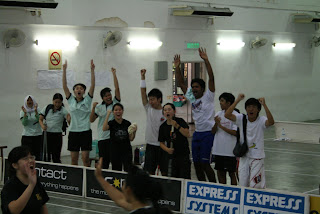 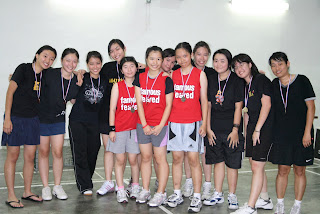 The top 3 winners of Ladies Category. 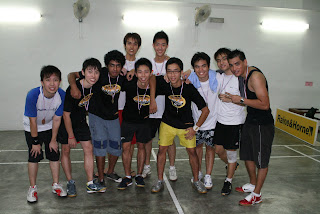 The top 3 winners of Men's Category. 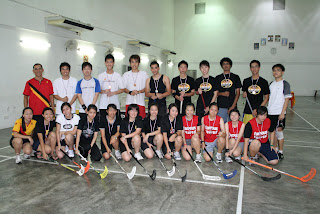 The winners and their big smiles =)
Our special thanks to a few people who had graciously given up their Saturday to keep time, keep score and keep the game in good play! Our BIG THANK YOU to Aaron Teoh, Poh Sim, Andy Anderson, Alan Leow, Kenny Khoo, James Looi and Sam Teoh. You had definitely played a BIG role in moving floorball forward! Thanks!

And to all who sleep and eat floorball….there will be many more floorball events coming your way. So grab your floorball sticks and be ready to shoot!
Posted by contactsports

hats off to contact fot organising such a wonderful tournament. interesting format though slightly confusing. hehe. and it's great to see so many teams participating. will be looking forward for the next big thing from you guys. cheers.