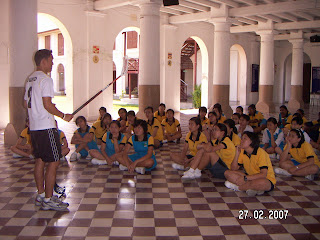 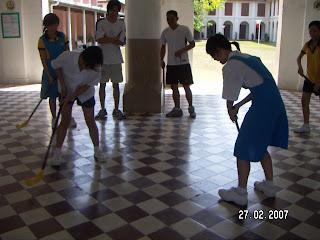 The students got ‘hysterical’ trying to go for the ball and shooting at the goal. As the demonstration was held in a hall without proper "wall", the game could not be carried out in proper manner. Despite that, the students were still participative and gave very good feedback on the game. Hopefully, this will be one game that will soon make its debut in the school!
Posted by contactsports